Some would say that early America was built upon a philanthropic spirit. Wealthy colonizers gave aid to their new colonies, giving the nation an economic boost so it could flourish. Since then, donations and fundraising drives have become an alternative way to raise money, often for special causes.

Today, there are different kinds of causes that people are willing to give money to. Some of the most common are the treatment of sick children, the education of the less-privileged, animal shelters, or for people who suffered some type of abuse.

While straight-up donations are valuable, sometimes it’s nice to make charity fun for those who are giving their money. Often, fundraising organizers accomplish this through an evening gala or auction. These events, however, can be tedious at times. People, especially millennials, value experience over things.

Don’t make fundraising a chore. Instead, try out these unique and creative ways to raise money for a good cause:

With literally hundreds of sports to choose from, you’ll never run out of ideas. For a laidback fundraising event, why not try a cornhole tournament? This is a good choice since cornhole is pretty simple and doesn’t require much equipment. All you need are cornhole boards, cornhole bags, and replacement cornhole bags, in case the competition heats up.

A marathon or run for a cause is also a timeless way to raise money. Not only will this type of event benefit a cause, but it’s also a great way to drum up interest in  healthy lifestyle among participants.

Sounds violent? It doesn’t have to be. Your local junkyard may have a few cars they can donate for this event. To do this, sell tickets for people to have a go at smashing a car. This idea is similar to “anger rooms” that have been popping up across the country. Though there’s no definitive scientific research about the correlation of breaking things and stress reduction, sometimes it just feels really good to smash things, in a controlled setting, of course. 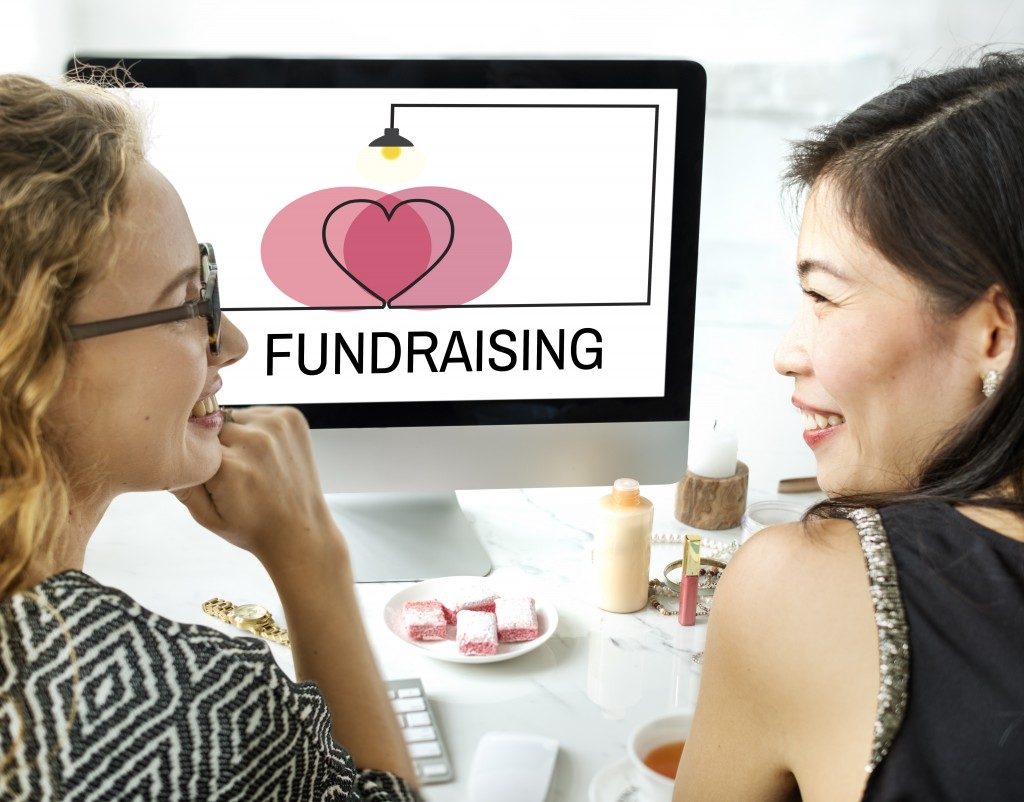 Bring out the competitiveness in people through a penny war. Here, two or more groups have a bucket or a jar for collecting pennies. For every penny collected, a team scores a point. If the teams get any other type of denomination like dollar bills, dimes, or quarters, they lose points. So, if you want the opposing team to “lose,” the trick is to fill their jar or bucket up with money of higher value, which goes a long way toward your fundraising efforts.

Made famous in the teen movie Flipped, the idea of bidding on a lunch date is a cute and effective way to generate money. Basically, middle school boys can bring a basket filled with lunch for their winning date. The girls, meanwhile, will bid on each boy to win a lunch date with him. Of course, this can also apply to older people. Just make sure each participant is single or that you bid on your boyfriend or husband.

5. Movies Under the Night Sky

An empty field, a projector, a projection screen, and a set of speakers—these are the only things you need to host an outdoor movie night. Pick a flick, charge people, and you’re all set. An outdoor movie night is a great fundraising event because it’s relatively simple and cost-effective to organize, but a lot of fun for people in your community.

Fundraisers are incredibly uplifting events that help many worthy causes, people, and organizations. If you make a fundraising event fun and worth the donors’ time, you just might be able to reach and even go beyond your goal.

Steps to Getting Clean Fuel For Your Vehicle

Current high-pressure fuel injectors have tight tolerances because of the new greenhouse gas/federal fuel-economy regulations. These tolerances are not getting less stringent, which is why it is important to ensure that the fuel passing through […]