Records show that over 169 UK patients get diabetes-related amputations every week, which translates to tens and thousands of individuals losing a limb every year. That doesn’t include amputations from severe trauma or progressive, incurable infections.

Another common cause of amputation is accidents, so if you were in an accident or were injured by someone, hire the best personal injury lawyer to handle your case for you.

But whatever may be the reason behind your amputation, when you lose a limb, doing even the simplest tasks can become a challenge. Fortunately, in today’s ever-progressing world, the invention of advanced devices can give back some of your independence. The newest technologies now allow anyone to control an artificial limb with their mind—and these are called modern bionic prostheses.

Bionic prosthetic limbs are artificial limbs that work by utilizing signals from a person’s muscles to move on its own seamlessly. Some bionic prosthetic devices can be powered through an individual’s brain signals and nerves, creating proper movements with minimal effort. In contrast, traditional prosthetic limbs that you may be more familiar with require a ton of body power to work, making it even more challenging for the amputee.

Here we will explore the different breakthroughs in bionic prostheses and what it has in store for amputees in the future.

The recent progress in science and technology has paved scientists and engineers a way to improve traditional prosthetic limbs. Although the concept may be simple, movements such as pinching your nose, scratching your head, and waving are challenging to replicate using a machine.

Although not perfect, several bionic prosthetic limbs are accessible for the public and are slowly mimicking some functionalities of original lost human limbs. However, most are still in the research and development phases but are showing great potential so far. 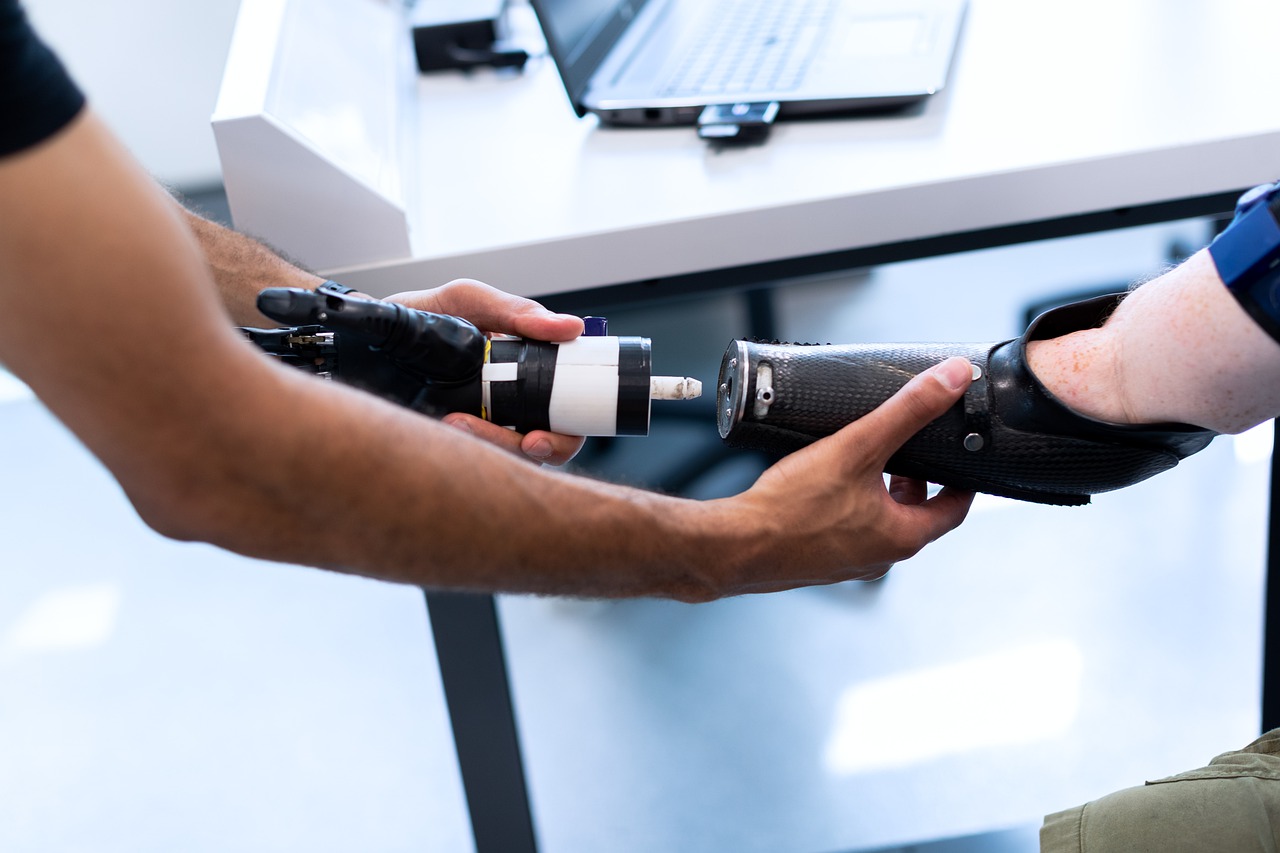 An older bionic limb breakthrough discovered in 1994 is osseointegration. A process involving the creation of direct contact between an amputee’s living bone and the surface of an artificial implant. Because the prosthetic device gets attached directly to an individual’s bone, it produces more accurate movement and has a broader range of motion and control. Recent advancements include using 3D-printed foam surfaces for the limb, making it lighter and more comfortable to carry.

A branch of external prosthetic limbs includes myoelectric prostheses. These came from a long way, from initially using cables and harnesses to move the limbs to today’s externally battery-powered myoelectric prosthetic devices. These modern changes have provided a more ‘natural feel’ to the limbs, allowing individuals to function more appropriately and not awkwardly.

You usually attach myoelectric limbs to the muscles. It uses electronic sensors to detect the smallest traces of muscle and nerve activity left in the amputated limb, amplifying the microprocessors of the device and producing seamless movement to the artificial limb.

The latest advancement in this tech sector is the mind-controlled bionic prostheses. These are artificial limbs that you can integrate with an amputee’s body tissues, promoting better response and movement. It follows a highly advanced system that allows it to mimic normal movement and functionality of normal human limbs better and boasts a shorter ‘lag time’ than other breakthroughs.

The recent advancements in human bionic prostheses provide amputees with a better quality of life by giving them a chance to return to their ‘normal’ lives. These restore their independence by getting a functional limb that can do most functions of a normal human limb—and these artificial limbs are only getting better.

Facial Treatments to Bring Back Your Youthful Skin

A lot of people have started using Botox as a beauty solution in New York to battle aging. However, the treatment only lasts three months. It can last for about four to six months before […]