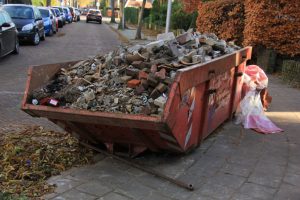 New Zealand takes waste management seriously, and it doesn’t dilly-dally in slapping stiff fines and penalties for businesses that violate the regulations. In 2015, Fonterra had to pay $192,000 after found guilty of dumping buttermilk in a treatment pond in South Taranaki. The charge also did not spare the violator by asking them to cough up $115,000 in 2014.

Culprits behind the worst cases of pollution varies; even scrap metals add to the problem (17.5% collected daily across the country). In 2016, two sister companies working on soil received a fine of more than $64,000. Their sloppy job resulted to a disturbance in an area that eventually led to waterway pollution.

How Much Pollution Will Cost You in Auckland

There’s a reason why you should take recycling (even Auckland scrap metal) seriously.

Auckland Council and its community consider themselves to be the guardians of the environment. The council ensures all businesses follow the laws about environment protection and management. It also doesn’t think twice about enforcing penalties; they can reach as much as $600,000 for companies and $1,000 for infringement fines.

Depending on the decision, the council may also sue and ask the court to sentence guilty parties up to two years in prison.

The council gives companies only 28 days after the date of notice to pay the penalties or fines. Businesses, meanwhile, have the option or right to dispute it within the period. If the council doesn’t receive any notice or payment, it can bring the issue to the Department of Courts, which shall be responsible for enforcing the council’s penalties and other costs.

Some of the violations that can get your company in trouble include breaching consent conditions and plan rules of the district. Waterway pollution, whether accidentally or deliberately, also constitutes as a violation.

To be accused of polluting hurts not only a business’s cash flow but also its reputation. Improving PR becomes a herculean task, and your case stays on your record for years. Profits are not worth the hard sweat when you do not care for Mother Nature. Apart from the large fines, you will also lose credibility with potential cutomers.

The environment has a part to play in your business’ growth. Pay back the favour by caring for it and doing your part.