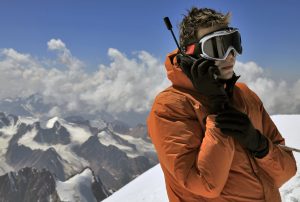 At least 75% of Singapore’s population or over 4.8 million people now have an Internet connection. The country also has one of the fastest speeds in Asia at 20.3 megabits per second (Mbps).

All these won’t matter, though, if a person ends up in a country with unreliable Internet connectivity. If you’re a business owner, manager, or executive, it is a significant problem. It means you cannot access your work tools, let alone communicate with your staff or clients. A practical solution is to take advantage of global satellite Internet services.

Connecting via a Satellite

A satellite Internet service is a connectivity system that uses any of the geostationary satellites. There are about 400 of them about 36,000 kilometres above the equator. They received such name since they follow the orbit of the Earth.

These satellites have a wide variety of functions, and one of these is wireless Internet communication.

A company that wants to use this system needs at least three components. These include the geo satellite, a small dish antenna, and then the gateway, which will transmit the signals from the dish to the device.

How Does It Work?

When a person opens a website, it sends a request to the satellite, which then delivers it to the Internet service provider. The latter beams back the data to the satellite, which sends it to the dish. It then connects with the modem, which receives the signal and helps load the page. It may seem like a long process, but it can take only a few seconds depending on the broadband frequency.

The broadband frequency helps determine the speed in which a person receives the satellite data. One of these is Ka-band. Singapore uses it since it has a very high frequency at around 506 Mbps. It also requires only smaller terminals. It is, therefore, easy to install and deploy.

Satellite Internet connection does have its challenges. Ka-band, for example, is vulnerable to changing weather conditions. Proper planning is essential to make the system work and benefit the company.